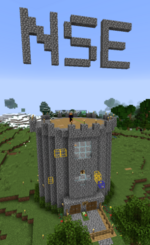 The NSE was a spawn base created on March 23, 2020. Its coordinates were in its name. "NSE" stood for "Negative Seven Hundred Eight Hundred". This was the first base where brad6305 and RadioactiveTroll began to collect materials and set their beds. It was far enough away in the first week to not get accidentally found. The base was originally just a mining staircase down to tunnels that quickly became a small underground storage area. A portal was built and some chests were hidden behind some stone walls. A lot of the original players did not use hacked clients so they stayed hidden for some time. Above ground there was a tower with 2 above ground floors built by brad6305. The basement was dug out and there RadioactiveTroll built a small farm. He mined an area out behind one of the walls to hide some chests. Above the tower were cobblestone letters spelling out "NSE".

Since the base was so close to spawn over the course of a couple days multiple people stumbled across the base. Some left signs and stole some stuff out of the chest. The base members didn't have much at this time so they stored most of what they did have in their inventory. After a couple days they had ender chests so they could store more stuff in there safely. One person even wanted to build his own base right next to the NSE. He built a staircase that went up to a room over a farm built into a hillside. At one point he started to fence in an area adjacent to the NSE encroaching on a space brad6305 intended to build in. brad6305 demanded that the player remove the fencing and leave the area alone and he complied.

The Fall of the NSE[edit] 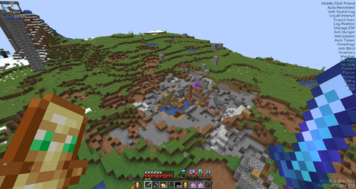 Many visitors had come thru and one in particular came back multiple times. Triple_Double_G would leave a sign at the base and brad6305 would notice items missing from the chests. He did not find the hidden chest in the wall of the basement. On March 29, 2020 brad6305 traveled back to the NSE to find it blown up. There only part of the base griefed was the tower. There was nothing left except for some floating cobblestone and a creator on the ground. After some investigating Triple_Double_G was assumed to be the griefer. This went unconfirmed for some time until he eventually admitted to doing it. A while later brad6305 returned and built a obsidian platform covering the creator leaving signs remembering the ruins of the base. 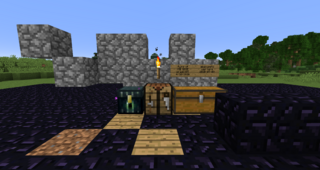 NSE in July 2020
Retrieved from "https://tqmc.miraheze.org/w/index.php?title=NSE&oldid=2346"
Cookies help us deliver our services. By using our services, you agree to our use of cookies.