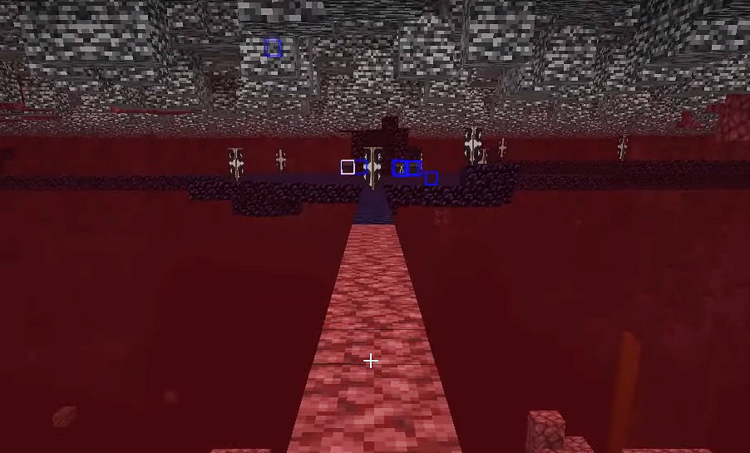 The first notable thing built at 0,0 in the nether was the original spawn portal. brad6305 dug up into the nether roof and made a room at Y level 120. In the room he placed a single nether portal. Over the next few days people would use the portal. The room was griefed and the floor was replaced with obsidian. At this time a few 1x2 tunnels would branch off the main room with the portal. brad6305 started the beginning of the X+ nether highway digging a 2x3 tunnel out around a thousand blocks. Other highways were started off the main room as well but the X+ was the main one people would travel on. Over time the original room was blown completely out and the only thing left was a floating obsidian platform in a blown out portion of the nether ceiling. The highways were replaced with obsidian where the netherrack was blown away. Over the course of the next few weeks brad6305 and others would extend the roads outward. Around this time the diagonal highways were started by brad6305 and only went out a couple hundred blocks.

After a while the highways became significantly longer reaching thousands of blocks in every direction. realMrTacocat would place TNT in every tunnel over the course of 2 days and blow out every tunnel to around 1k blocks. He claims to have done this to make it easier to use Aristois elytra fly in the tunnels. On April 27th brad6305 would release his first Nether System Highway Map only to be updated shortly after to its current state. The Public Works Department was founded about a month after and began upkeep on the highways and extending them even further. In response realMrTacocat would continue to bomb the highways out further and further. The X+ highway reached out to around 22k at this point in time. 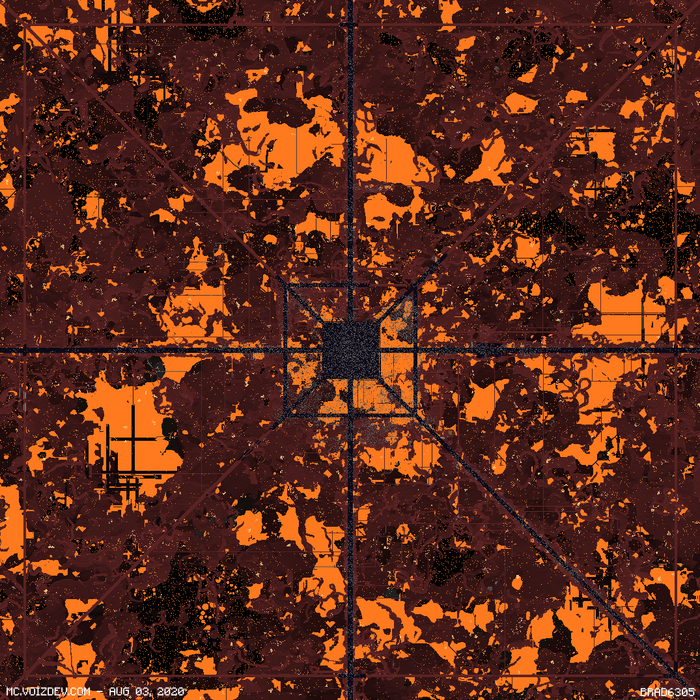 Around this time a player known as abacusello would join the server. He wouldn’t talk to many players at first and just explored the highway system. He began to expand the X+ highway in a 1x2 and dug it all the way out to 1 million blocks marking a major milestone for the Nether Highway System. He would find realMrTacocat’s and dizzy443’s sign at 1 million.

Retrieved from "https://tqmc.miraheze.org/w/index.php?title=NetherHighwaySystem&oldid=2358"
Cookies help us deliver our services. By using our services, you agree to our use of cookies.